The 'double angle cylinder plot' shows the cylinder magnitude and axis distribution on a polar coordinate grid. The cylinder axis is doubled on this graph, showing axis values of 0 and 180° in the same position. 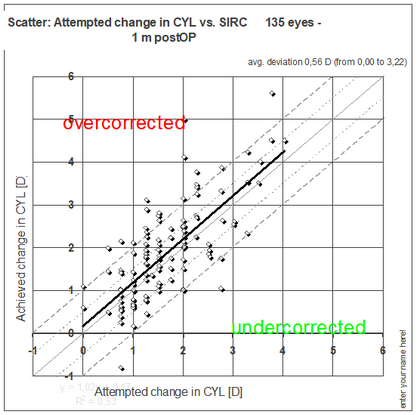 The second type shows the change in axis compared to preOP as 'normalized double angle cylinder plot'. This graph may indicate any systematic induced axis change between preOP and postOP as well as an overall cylinder over- or undercorrection. (left preOP, right postOP) 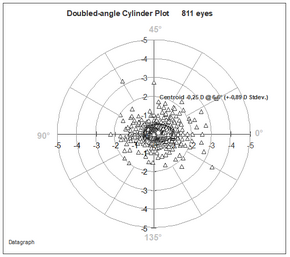 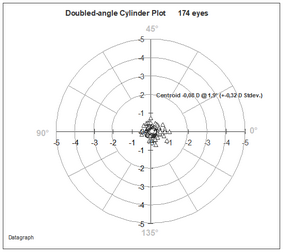 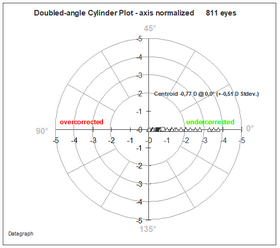 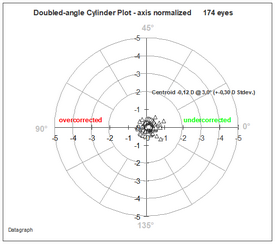 Starting DG version 5.70 most of the double angle plots can be displayed with and without preOP data. This allows to see the changes graphically on one slide. 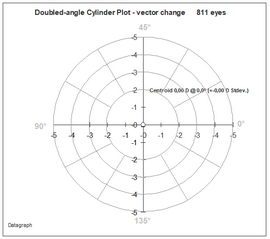